I look at post-incident analysis as a critical management tool. It forces the incident commander to closely examine his incident scene. It provides valuable feedback about whether we are doing our incident responses correctly and safely. It provides a platform for others to learn from. And, it is a valuable record that can be used to: inspire your people, outline department needs for handling future incidents and educate elected officials. Captivate. Educate. Motivate.

A Diverse and Challenging District 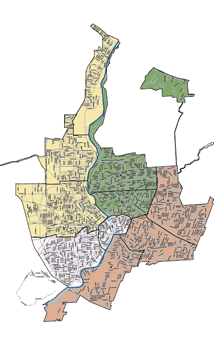 When I was a Line Division Deputy Chief my district was the entire City of Rochester, NY. My district was comprised of a downtown, surrounded by residential and small businesses, numerous schools and hospitals, and on the fringes large industry, and our airport. The Genesee River and Gorge bisects the City of Rochester, on a north-south axis, and has two large waterfalls and two dams. There is a main train line that bisects the city on an east-west axis, and a heavily used expressway that bisects the city.

With this conglomeration of retail, business, residential, industrial and transportation we had a variety of emergency incidents that continually tested our training and preparedness. At that time, the City of Rochester staffed 15 fire stations with 20 fire companies, and utilized a four group system to provide around-the-clock coverage. Each group consisted of 3 battalions.

One of my responsibilities was to help provide a consistency of response to emergency incidents by all of our firefighters. We initially started this process by having company officer meetings and discussing how each officer handled our ten most frequent incidents. These meetings were moderated by our Safety Officer, a Captain, and he provided the Group Management Team with a detailed review of the meeting.

It was eye opening to hear the many different ways that the incidents were handled. These discussions were then directed to form a consensus on how to best handle each incident. You could see and hear that everyone was invested and learning, even the old timers.

The next thing that I started to do was to carry a clipboard at emergency incidents. This had not been done by others in our department.

When the fire companies saw me writing things down there was a look of concern on their faces, but also a look of concentration as they double-checked what they were doing. I used the clipboard to record pertinent information about the incident, track company locations, and also diagram the incident scene.

By diagramming the incident scene it forced me to take a critical look at how we set up to handle the incident. It also gave me talking points to take back to the respective Battalion Chief in order to give praise or begin corrective action. It didn't take long for our firefighters to understand what I wanted from them and for all of us to be on the same page.

Other benefits of recording the incident scene were soon realized.

The companies who were not at the scene were curious as to what happened. I would pull out my diagram of the incident scene and very quickly give others a sense of what happened and how we handled it. This helped reinforce how we wanted things done.

When we conducted our post-incident critiques we didn't have to rely on memory as to how we set up we just employed the diagram and worked from it.

we didn't have to rely on memory

Another benefit emerged when we reviewed response data to determine if we should send more companies to certain incidents. It was easy to review the dozens of diagrams that I had generated and justify that our present response criteria was sufficient.

When post-incident analysis is a standard, incident commanders take a more thoughtful approach to scene management. This results in more thorough training and increased safety throughout the organization. 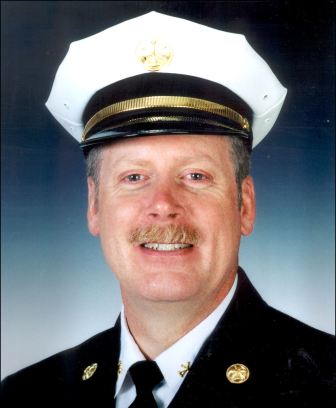 We would like to thank Retired Executive Deputy Chief William Curran for writing this article on post-incident analysis.

EDC Curran has over thirty five years of experience with the City of Rochester Fire Department in New York State, a department which currently averages over 400 structure fires a year. Over twenty years of his career were spent as a chief officer in charge of running large scale incidents. Before retiring in 2014 Chief Curran was responsible for running the line division for the City of Rochester.

Chief Curran has been using IncidentSmart for post-incident analysis since 2010.

IncidentSmart helps you improve your department's practices before, during and after your incidents

Want to try out the mapping tool?

Becoming a member gives you access to all of IncidentSmart's features.

IncidentSmart is a unique, industry leading, program that allows you to create and share

Our program increases safety, and helps improve your department's practices before, during and after your incidents.